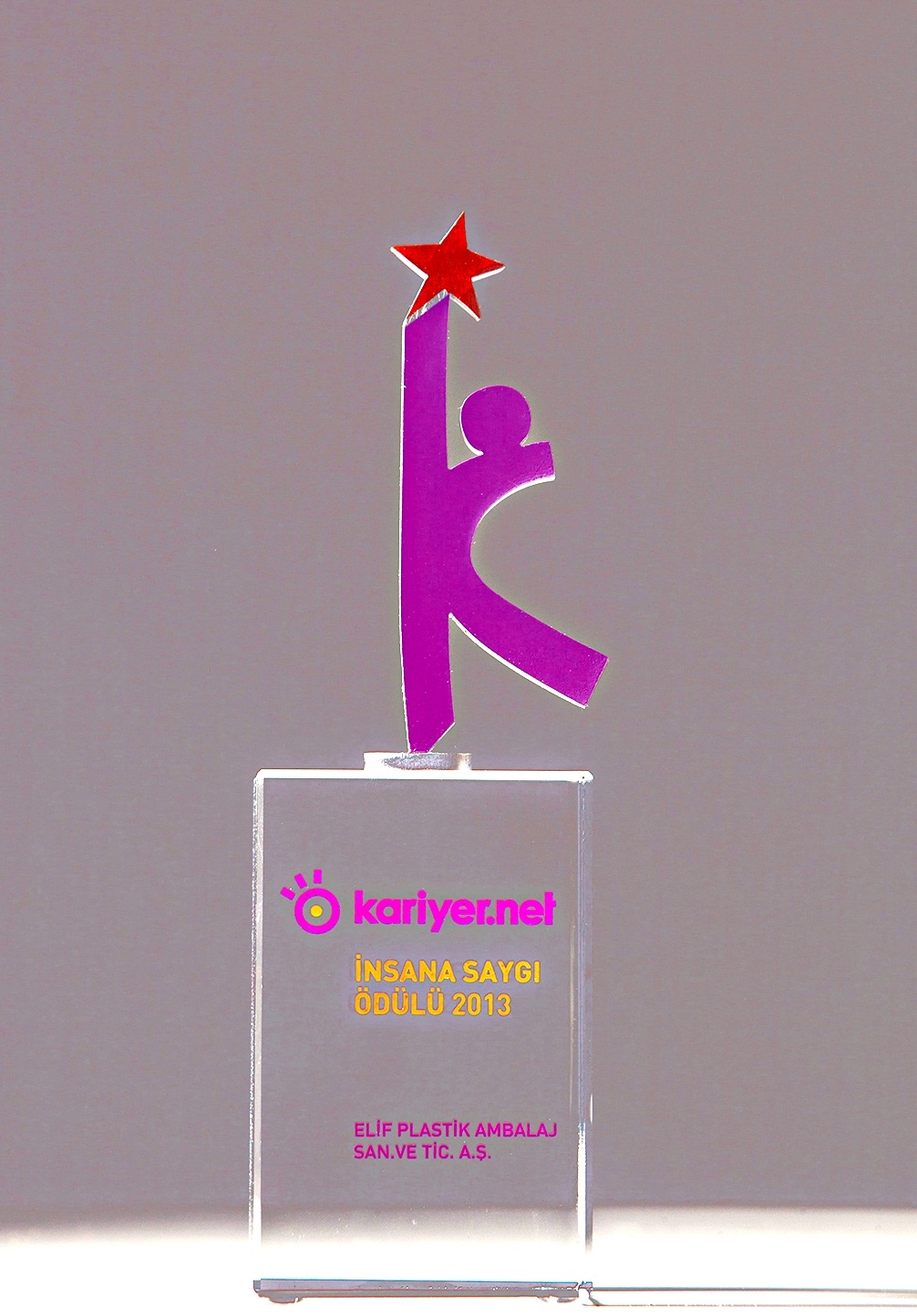 Bringing individuals of different histories, cultures, approaches, perspectives and care experiences in order to enrich their ideas, solutions and flexibility, Elif, once again was granted ‘Human Respect Award’ by Kariyer.net.

Elif, structuring its management style on the "respect for human" approach, received, as it did the previous year, the ‘Human Respect Award’ of Kariyer.net as the company “replying to and evaluating the applications received in the best way” this year, too.

The Awards of Respect for Human given by Kariyer.net on a regular basis every year; have found their owners during the ceremony held at Lütfü Kırdar Congress and Exhibition Palace on 12th February this year. The Awards of Respect for Human, which are given for the 13th time this year during the Human Resources Summit with the mission of promoting the successful works in the field of human resources, have been granted to 160 companies from a total of 50 thousand companies, all of which are members of Kariyer.net. The Prizes have been given to the companies which received over 10,000 applications and replied to more than 99 percent of these applications within 21 days by answering each applicant individually and as well as those that employed the most of these applicants.

Whilst progressing in accordance with its corporate values, its adopted management approach and the strategies that it has executed, Elif is proud of being one of the most preferred companies. In line with its Human Resources Policy, Elif, is aware that the most valued asset of a company are the humans. Accordingly, Elif, continues its activities based on this principle of establishing quick, healthy and effective communication with both the employees and the applicants who applied to join Elif family.

Kariyer.net is Turkey's leading human resources site with the largest candidate database. Since 1999, when it was established as the very first human resources website of Turkey, it has continued its leading activities in line with its mission to expand the electronic technologies of human resources. Matching the employers looking for employees and applicants looking for jobs in the internet environment, Kariyer.net is not only a platform where job postings are published, but it also enables job seekers to apply in a fast and effective way and the employers to find the most appropriate candidates in the shortest timeframe possible.